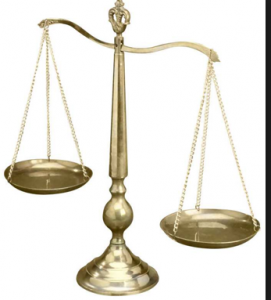 In the case of

Case No. D2014-0878, the panelist took the attorneys for the Complainant to task for bringing the complaint in Bad Faith, thus finding Reverse Domain Name Hijacking. The following is that part of the decision that every Complainant’s attorney should become familiar with.

The Panel on his own initiative, see

WIPO Case No. D2013-1603, considers whether the Complainant has “us[ed] the Policy in bad faith to attempt to deprive a registered domain-name holder of a domain name.” Rules, paragraph 1. “If after considering the submissions the Panel finds that the complaint was brought in bad faith, for example in an attempt at Reverse Domain Name Hijacking or was brought primarily to harass the domain-name holder, the Panel shall declare in its decision that the complaint was brought in bad faith and constitutes an abuse of the administrative proceeding.” Id. paragraph 15.

If the face of the Complaint demonstrates a settled reason why relief should be denied a panel may find Reverse Domain Name Hijacking (RDNH). E.g.,

, WIPO Case No. D2012-1668, and cases cited in section 7, second and third paragraphs. A complainant or as here its representative must certify “that the assertions in this Complaint are warranted under these Rules and under applicable law, as it now exists or as it may be extended by a good-faith and reasonable argument.” Rules, paragraph 3(b)(xiv); see amended Complaint, paragraph 22. “Applicable law” in the Rule means the law to be applied in this proceeding, i.e., Policy precedent. By relying solely upon the US doctrine of constructive notice the Complainant has ignored a settled Policy rule of decision. The Complainant advances no factual or legal reason why in this proceeding the Panel should depart from or modify this Policy precedent. The entire content of the Complaint is that the Complainant has a trademark, the Respondent does not, and therefore the Complainant is entitled to the disputed domain name. Paragraph 4(a) of the Policy requires more than that, as the Complainant should have known.

The foregoing applies all the more to the Complainant’s representative. In the Panel’s view, the Complainant’s counsel should have been aware of or informed herself of the fundamental differences between Policy proceedings and US trademark litigation before filing this case. E.g.,

In these circumstances the Panel finds that the filing of the Complaint constitutes an abuse of this administrative proceeding.

E. Other UDRP Decisions Involving the Complainant
The Panel has read the recent transfer decisions in

, WIPO Case No. D2014-0879 (“Torrones”), both involving the same Complainant as in this case. While this Panel does not have access to the pleadings and records in those recent cases, the factual circumstances and the Complainant’s contentions appear to be similar.

Unlike in the present case, in both of the above cases the Respondent defaulted. However, as noted above, this Panel would have reached the same result had there been no Response. That fact however appeared to matter to the panel in the circumstances of Maddox and Torrones, where the panel stated “Respondent has failed to file a formal Response, which can suggest, in appropriate circumstances, that Respondent lacks rights or legitimate interests in the disputed domain name,” and “Complainant has alleged, and Respondent has not rebutted, that Respondent is intentionally using the disputed domain name to attract Internet users to its website for commercial gain by creating a likelihood of confusion with Complainant’s CLEARWATER SYSTEMS mark as to the source, sponsorship, affiliation, or endorsement of the website.” (Citations omitted). This Panel’s approach reflects the Consensus View in the WIPO Overview 2.0, paragraph 4.6. While in civil litigation, a failure to deny results in an admission of a matter pleaded in a complaint, the Policy precedent instead provides as follows:

“Does failure of a respondent to respond to the complaint (respondent default) automatically result in the complainant being granted the requested remedy?

Consensus View: A respondent’s default does not automatically result in a decision in favor of the complainant. Subject to the principles described in paragraph 2.1 above with regard to the second UDRP element, the complainant must establish each of the three elements required by paragraph 4(a) of the UDRP.”

It is perhaps unusual to find a denial of the complaint in a default case. Here, the Panel on its own initiative even finds the Complainant committed an abuse of process (WIPO Overview 2.0, paragraph 4.17). Without further reference to the Maddox and Torrones decisions, the Panel at any rate finds that the record in this proceeding lacks any proof of bad faith or lack of a legitimate interest in the disputed domain name.

For the foregoing reasons, the Complaint is denied and the Panel finds an abuse of this administrative proceeding.