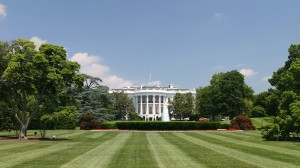 Less than a month after announcing its plan to abandon U.S. protection of the open Internet in 2015, the White House has stepped back from the abyss. Following objections by Bill Clinton, a warning letter from 35 Republican senators, and critical congressional hearings, the administration now says the change won’t happen for years, if ever.

“We can extend the contract for up to four years,” Assistant Commerce Secretary Lawrence Strickling told Congress last week, referring to the agreement under which the U.S. retains ultimate control over ICANN. If the administration makes good on that reassurance, it would punt the decision to 2019 and the next president.

Mr. Strickling originally linked the end of U.S. control to the September 2015 expiration date of the current ICANN agreement. He backtracked at a Hudson Institute conference last week: “We did not intend that to be a deadline after which ‘bad things’ would happen. There has been some misapprehension that we were trying to impose a deadline on this process. We weren’t.” Fadi Chehade, ICANN’s CEO, agreed. “There is no deadline,” he said. “The U.S. has many years on the contract.”

In an interview, Mr. Chehade said that he understands why supporters of the open Internet want the U.S. to retain its oversight role, which keeps countries like Russia and China from meddling. “I’m worried, too,” he said. “There’s no question that governments like power and certain governments will always try to take control of the Internet, so we will have to be careful.”

The Commerce Department tasked ICANN to come up with a plan to invite authoritarian governments to participate while still keeping the Internet open. This is likely impossible—and wholly unnecessary. Nongovernmental “multi-stakeholders,” such as engineers, networking companies and technology associations, now run the Internet smoothly. They are free to do so because the U.S. retains ultimate control over Internet domains, blocking authoritarian regimes from censoring or otherwise limiting the Internet outside their own countries.

The Obama administration proposal would have treated other governments as equal stakeholders, turning the concept of private-sector self-governance on its head. Robert McDowell, a former commissioner at the Federal Communication Commission, pointed out at the Hudson Institute event that “‘multi-stakeholder’ historically has meant no government,” not many governments.

Steve DelBianco of the NetChoice trade association gave this example in congressional testimony: Under ICANN rules, a majority of governments can simply vote to end the current consensus approach and switch to majority voting. China and Iran are already lobbying for this change. Russia, China and other governments switched to majority voting to outfox the U.S. at a conference of the International Telecommunications Union, a United Nations agency, in 2012. Mr. Sepulveda called that an “anomaly,” but the result was an 89-55 vote for a treaty giving U.N. legitimacy to governments cutting off the open Internet in their countries. This division of the Internet into open and closed networks goes into effect next year.

The Obama administration somehow thinks sacrificing U.S. control of ICANN will satisfy regimes eager further to undermine the open Internet. Mr. Strickling argues: “Taking this action is the best measure to prevent authoritarian regimes from expanding their restrictive policies beyond their borders.” The opposite is true. Granting these countries access to ICANN and the root zone filenames and addresses on the Internet would give them the potential to close off the global Internet, including for Americans, by deciding rules for how all websites anywhere must operate.

The letter sent by Republican senators identified a dozen criticisms of the plan. They asked why it’s in the U.S. interest to cede control and how control could be regained once lost.

If Mr. Obama still thinks giving up U.S. protection of the open Internet and its multi-stakeholder community is such a great idea, he should ask Congress to vote on it. He won’t, because there is zero chance that an Abandon the Internet Act would ever pass.

As I said before in Kevin Murphy’s blog, those who support giving up oversight have “OBAMA Administration can do no wrong” blinders on. It’s time to wake up and see what is really happening in this country.

Thanks to L. GORDON CROVITZ and the Wall Street Journal, and

2 thoughts on “Obama Administration Backpedals on Giving up ICANN Oversight”