June 4th, 2013
The Internet Revolution: What Should We Expect 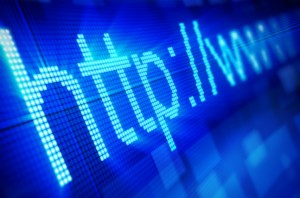 The Internet revolution is in full swing. Changes are being made in society to reflect how the internet has shaped development, commerce, education, research, and design. The Internet is in nearly every sphere of the world, and more and more people are embracing the power of the Internet. Here is what you should expect in the coming years as the Internet continues to evolve.

Because of the Internet and mobile technology, consumers have the ability to engage in commerce from any location. In fact, more people engage in mobile commerce more than any other form of online transaction. The Internet is responsible for this capability. In the future, mobile transactions may be the primary form of commerce transaction. In-store transactions may even be facilitated by the mobile Internet. This evolution may make the shopping experience more personalized and efficient.

How students learn in the classroom is being affected by the Internet revolution. The Internet is one of the largest libraries in the world. Students are more informed and have information about nearly every topic at their fingertips. Informed students have more data and retain more information.

Patients are coming to the physician’s offices with suggested diagnosis because of the Internet. When patients are more informed about their conditions, physicians will spend less time with diagnostic tests because descriptions will be more detailed. This is quite an evolution because patients are more actively involved in their care.

The Industrial Internet and cloud computing are becoming partners in the quest to make machines smarter than ever before. Embedded sensors and advanced software capable of precise measurements and complex computations are just a few of the advancements that can be expected. Faster processing speeds can also be expected.

CT scanners now have the ability to self-diagnose and self-correct it problems. The information can now be communicated and disseminated in real time, but with advancements, the instruments will begin to understand nuances and sense problems based upon preset conditions. Machines will begin to save money and produce more favorable outcomes when problems are mitigate in the early stages of development.

Some of these improvements will result in $250 billion in savings due to a reduction in waste. Fuel inefficiency and delayed flights will also be improved. By 2030, these machines can potentially add up to $15 trillion to global GDP. Experts equate this addition to “adding another U.S. economy to the world.”

In the future, network capacity is expected to increase with Internet2. Development of middleware should become easier with this addition. Security and network research are also expected to be enhanced by the improvements. This Internet is faster and more stable than the current Internet. This will make technological advancements and educational pursuits far easier than in previous years.

As the Internet evolves, we can expect to witness many improvements and futuristic technology once only thought to be possible in the movies. Internet providers such as HughesNet.com have already started new technology advancements with the EchoStar XVII. You can find more information about it by going to http://www.satellitestarinternet.com. The Internet revolution is a much anticipated series of events that will result in machines and pursuits that are considered the norm instead of futuristic. Stay abreast of the developments as they unveil.