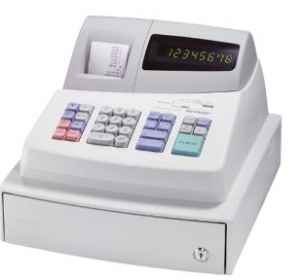 Late Thursday afternoon, in a 63-to-30 procedural vote, the Senate cleared the way for passage of a bill to effectively end tax-free shopping online. A final Senate vote is scheduled for May 6.

The bill, called the Marketplace Fairness Act, would allow states to require online sellers around the country to collect sales tax for them on purchases made by their residents.

Big online sellers have expanded their physical operations nationwide, building warehouses and other facilities to speed delivery, while traditional stores increasingly have an online presence. That has turned the tables for the online retailers, which had benefitted richly from not having to charge shoppers a sales tax on their goods in most states.

With their advantage eroding, the Web stores have become part of a surge of corporate support helping to propel the Senate bill toward likely passage, at least in that chamber and possibly also in the House. The legislation would effectively replace a 1992 Supreme Court decision, made in the early days of the commercial Internet, that held that a state couldn’t force a retailer to collect sales tax unless the retailer had a physical presence in the state, such as a store or a warehouse.

EBay Inc. is lobbying to limit the bill’s effects, not kill it outright, a sign it sees passage of some version as unavoidable. For its part, though, eBay has been lobbying for a higher threshold to trigger the sales tax—currently sellers of $1 million or more annually.

Chief Executive John Donahoe sent out millions of emails over the weekend seeking to enlist eBay users in his fight to raise that bar to $10 million. Though the company says it doesn’t have a tally of how many of its sellers would be affected by a $1 million threshold, it is presumably fighting for the lion’s share.

EBay makes its money in part by collecting commission fees from sellers, meaning a bill that drives smaller merchants off the site would damage its bottom line. An eBay official said the company is fighting an uphill battle given the big-box retailers’ resources. But it has public support for its position, and it also draws support from nonsales-tax states and others.

The campaign to expand Internet sales taxes has a lot of money, a lot of lobbyists and PR firms. They have a lot of resources. But their idea is not popular, and at the end of the day, you can dress a pig up but it still stinks.

The bill highlights the maturation of e-commerce into an increasing threat to established retailers like Wal-Mart. While more than 90% of retail is still in bricks-and-mortar storefronts, e-commerce retailers promise nearly unlimited inventory, fast delivery to customers’ doors and lower prices.

But as Amazon has grown, the red states have dwindled. With an eye on ever-faster shipping, Amazon has been striking deals with states to build massive distribution centers close to urban centers in exchange for delaying the start of sales-tax collection or other advantages.

In 2012 alone, some of the largest states, including California, Texas and Pennsylvania, began requiring sales-tax collection from Amazon customers. And by 2014, Connecticut, Massachusetts and several other states will require the levies.

Thanks to ANN ZIMMERMAN in Dallas, GREG BENSINGER in San Francisco and JOHN D. MCKINNON in Washington and the Wall Street Journal, and