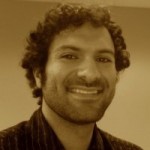 “[A] finding of [RDNH] is warranted if the Complainant knew or should have known at the time it filed the Complaint that it could not prove one of the essential elements required by the Policy. . . . [S]uch a finding is particularly appropriate where the Respondent’s registration of the domain name predates the very creation of the Complainant’s trademark.”

So says the Panelist in the case of Andrew Etemadi, Founder and Chief Technology Officer for Eyemagine Technology LLC v. Clough Construction and Deanne Clough, Case No. D2012-2455.

“In this case, there are several indications that Complainant was acting in bad faith. Given the record, it strains credulity that Complainant did not know or should not have known that it could not establish Respondents’ lack of legitimate interests or Respondents’ bad faith registration and use for at least one of the Domain Names. The Panel, in particular, notes:

(2) For the <eyemagine.com> Domain Name, Complainant itself cited Respondents’ use of the mark and Domain Name in conjunction with the deck and patio construction business several years prior to any rights that Complainant purports to have acquired.

(3) To the extent that Complainant believed it might establish registration in bad faith for the <eyemagine.info> Domain Name on a constructive notice theory, Complainant should have known that UDRP panels have required that bad faith be predicated on actual notice by respondent absent more evidence that the mark is famous (see WIPO Overview 2.0, paragraph 3.4).

(4) To the extent that Complainant believed it could convince the Panel to depart from requiring bad faith registration and use conjunctively—on the theory that Respondents were relying upon an initial good faith registration to use a domain name in bad faith with impunity—Complainant clearly should have known that, at minimum, it would need to bring evidence of Respondents’ abuse. The sole evidence Complainant appears to have brought is Respondents’ general unresponsiveness to the bargaining tactic of offering the same amount of money to purchase the Domain Names three times.

It is no excuse that Complainant may not be familiar with clear Policy precedent, the Policy, or the Rules.”

Here the Complainant alleged Bad Faith USE, but not Bad Faith REGISTRATION, hoping to get a sympathetic panel, but it backfired.