Panel Holds that the Complaint was brought in bad faith and constitutes an abuse of the administrative proceeding for the domain name ColdFront.com ♦ 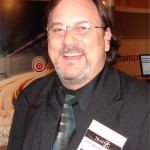 The Panel finds that the Complainant had or could easily have obtained knowledge of all these facts before it brought its Complaint to the Forum. Indeed, the Respondent expressly warned Complainant about the frivolous nature of its claims but the Complainant proceeded. It is true that Complainant appeared pro se, without counsel, but that is not an excuse for clear disregard for the limitations of the Policy. Rather, when there are questions about the validity of the claim – and especially where Respondent offered detailed information about why a complaint would have no merit – it is incumbent upon the Complainant to research carefully the validity of its claims, including if necessary consulting with experienced counsel.

Therefore, after considering the submissions in this case the Panel finds that the Complaint was brought in bad faith in an attempt at Reverse Domain Name Hijacking. See Viking Office Products, Inc. v. Natasha Flaherty a/k/a ARS – N6YBV, FA 1383534 (Nat. Arb. Forum May 31, 2011) (“The Panel finds that Complainant knew or should have known that it was unable to prove that Respondent lacks rights or legitimate interests in the <viking.org> domain name and that Respondent registered and is using the disputed domain name in bad faith. Therefore, the Panel finds that that reverse domain name hijacking has occurred.”).